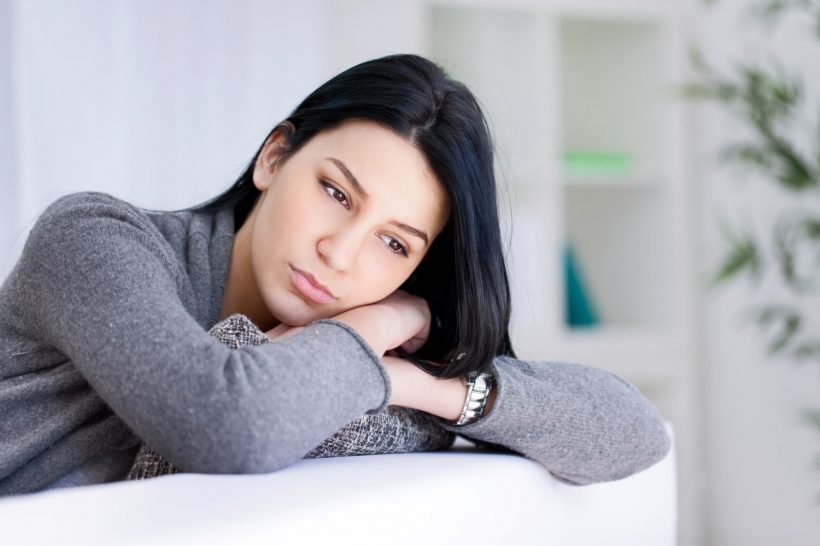 Can medical marijuana help relieve the symptoms of depression? Based on a broad sample of anecdotal experiences, surveys, and clinical studies, the answer to that question is equal parts yes, maybe, maybe not, and more research is needed.

So what do we really know about marijuana and depression?

The ambiguity surrounding marijuana and depression research is lamented by a Washington State University study published in the Journal of Affective Disorders which  has received widespread attention. The authors note that marijuana cannabinoids, THC and CBD, appear to have antidepressant-like effects in animal models, and report that in human surveys:

But other highlights of the study suggest a more complex relationship between marijuana use and depression, including some cautionary messaging on the potential long-term effects of marijuana use for the treatment of depression.

The authors concluded that:

As is often the case when reporting on medical marijuana issues, the authors also noted the need for additional research based on numerous variables involved in treatments.

Importantly, while acute cannabis intoxication temporarily alleviates perceived states of depression, anxiety, and stress, the repeated use of cannabis does not appear to lead to any longer-term reductions in these symptoms.

They also note that:

Existing research on the effects of cannabis on depression, anxiety, and stress are very rare, and have almost exclusively been done with orally administered THC pills in a laboratory.

Life events can cause us to feel sad or depressed from time to time, but this is not the same as suffering from major depressive disorder, also referred to as clinical depression. Depressive disorders are triggered by a variety of factors and cannot be resolved by simply “cheering up.” This type of disorder can affect mental function, behavior, mood, and physical performance, leading to a variety of emotional and physical problems.

Depression is thought to affect up to 20 million American adults annually, and is twice as prevalent in women as men.

Symptoms of depressive disorder can include:

When a combination of these symptoms persist for at least two weeks, an individual may be diagnosed with clinical depression.

Research has demonstrated a significant association between depression and anxiety: an estimated 85% of patients with depression suffer from anxiety symptoms and 90% of patients with an anxiety disorder experience depression. In addition, there is some overlapping of symptoms between the two conditions, including difficulty concentrating, irritability, and sleep disturbances. The prevalence of depressive symptoms and anxiety also increase with a wide range of illnesses and medical conditions ranging from cancer, diabetes, and HIV to eating disorders and substance abuse.

CannaMD has previously reported on the efficacy of marijuana for treating anxiety. Because anxiety and depression are thought to have a bidirectional relationship, it might seem logical to conclude that reducing anxiety would have a positive effect on depressive conditions. Support for this postulate can be found in the Washington State University study which found:

This reported reduction in stress is significant because research has shown a strong connection between excessive stress and depression. It is also known that the human endocannabinoid system plays a significant role in mitigating stress and fear responses, and that this ability is can be compromised by chronic stress.

Some of the strongest evidence for this effect comes from a study at the University at Buffalo, which found that chronic stress in animal models reduced the production of endocannabinoids – leading to depression-like behavior.

Chronic stress is one of the major causes of depression. Using compounds derived from cannabis — marijuana — to restore normal endocannabinoid function could potentially help stabilize moods and ease depression.

How Does Marijuana Help Depression?

Research has shown that depressive disorders are often expressed through altered behavior in the monoamine system, which is the neural network responsible for the regulation of emotion, arousal, and certain types of memory. Two of the most significant compounds transmitted through the monoamine system are serotonin and dopamine. Inhibited transmission and decreased levels of serotonin and dopamine have been linked to depressive disorders (although it is important to stress that evidence does not support the hypothesis that depression is caused by an “imbalance” of these chemicals).

This understanding provides clues to the ways in which marijuana may have an effect on depressive conditions. Studies have shown that THC can influence the production and release of dopamine, but this relationship has been described as “complex” and dose-dependent. At specific doses, THC has been shown to increase dopamine uptake, but also reduce dopamine uptake as THC content is increased.

The effects of THC on dopamine production also appear to change over time. The authors of a study titled “The Effects of Δ9-tetrahydrocannabinol on the Dopamine System” concluded:

Acute THC causes increased dopamine release and neuron activity, whilst long-term use is associated with blunting of the dopamine system.

To clarify that statement, medical terminology describes an “acute condition” as something with a sudden onset, while chronic conditions are ongoing. These findings fall in line with the conclusions cited in the Washington State study referenced earlier, which suggests that long-term use of marijuana to treat depression may reduce or eliminate dopamine-boosting effects, and possibly lead to an increase in depressive symptoms over time.

In a 2007 study conducted at McGill University, certain cannabinoids found in marijuana have been show to boost serotonin levels and produce antidepressant effects in animals. This study revealed an inverse relationship between serotonin release and THC content.

Low doses had a potent anti-depressant effect, but when we increased the dose, the serotonin in the rats’ brains actually dropped below the level of those in the control group.

So we actually demonstrated a double effect: At low doses it increases serotonin, but at higher doses the effect is devastating, completely reversed.

Similar conclusions come from a study of human subjects comparing the effects of smoked marijuana and a synthetic cannabinoid –  indicating that both influenced the uptake of serotonin, but not in a purely linear fashion. Serotonin receptivity increased with lower-dose administrations of THC, while higher concentrations of THC content produced a serotonin-inhibiting effect.

Another interesting finding from the same study was that long-term marijuana users appeared to exhibit an adaptation that resulted in increased serotonin uptake for a given concentration of THC.

Most current studies on the relationship between marijuana and depression rely on self-reported data or are based on research models that address a limited scope of variables. One such variable is the individual’s predisposition to depression. Are marijuana users more likely to develop depression or are people prone to depression more likely to use marijuana to relieve symptoms? And, as described in the previous section of this article, marijuana’s mood-altering effects on the body’s monoamine system vary based on the strength and dosage of THC, CBD, and other less-studied cannabinoids.

Another variable brought to light by a recent study from Western University in Ontario, Canada is that reactions to THC differ based on which area of the brain is affected. In a majority of the population, THC engages with the anterior regions of the brain, producing rewarding effects. However, in a smaller number of individuals, THC engages the posterior region, resulting in negative reactions. Until these and other variables are factored into future study, the question of a causal relationship between long-term marijuana use and depression may not have a definitive answer.

One of the few studies on the very long-term effects of marijuana on mood looked at subjects age 30 to 74 who reported smoking marijuana on at least 5,000 separate occasions, beginning in the 1960s or early 1970s. The study authors reported that subjects:

Continued to smoke heavily into middle adulthood because they felt that marijuana relieved unpleasant feeling states such as anxiety or depression.

Until additional research reveals new insights into the relationship between marijuana and depression, those considering the use of marijuana to treat this condition should weigh the evidence that is available and seek the advice and assistance of medical professionals qualified in the field of medical marijuana (such as CannaMD‘s board-certified doctors). And given what we know of marijuana’s dose and content-dependent effects on mood, it would also seem wise to obtain any marijuana-based products from a licensed dispensary that can provide products with a known THC and CBD content.

CannaMD is happy to provide Florida patients access to a network of state-licensed, board-certified physicians. Our team is always available to answer your questions, provide advice, and streamline the process of qualification for medical marijuana. Simply complete our free application to find out if you qualify or call (855) 420-9170 today!