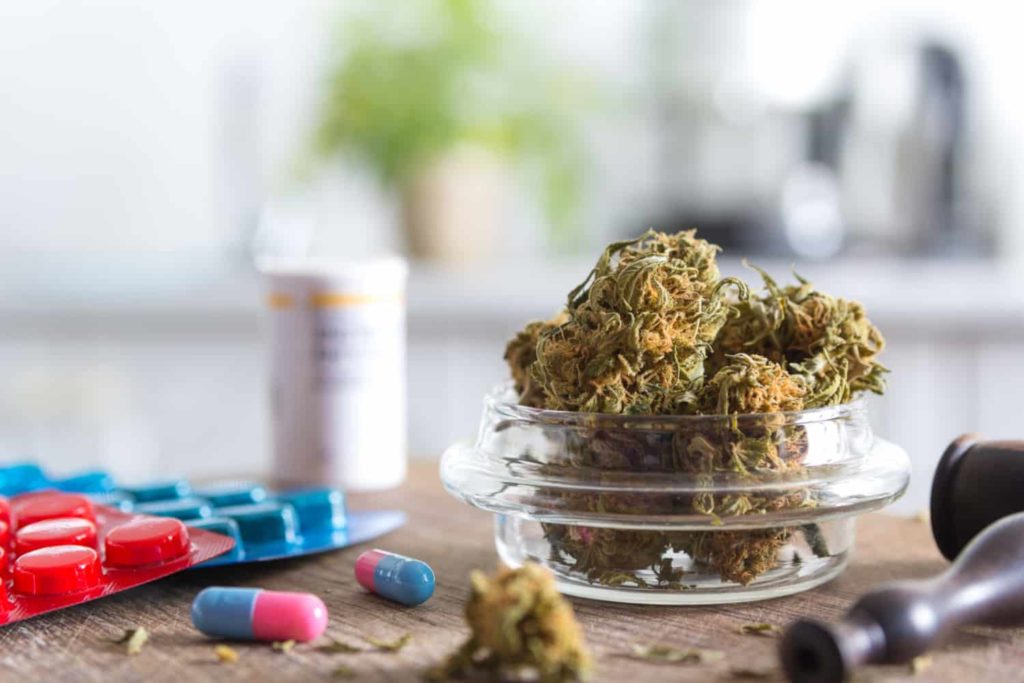 A new study indicates that a significant number of persons suffering from Parkinson’s disease use medical marijuana for symptom relief. In a paper presented at the 2020 International Congress of Parkinson’s Disease and Movement Disorders, the authors reported on the results of an anonymous survey completed by more than 1,000 individuals living with Parkinson’s disease. The goal of the study was to gain a better understanding of not only the frequency of marijuana use by those suffering from Parkinson’s, but also their motivations for use and their experiences.

As the study authors stated:

The wider availability [of marijuana] means Parkinson’s patients have more of an opportunity now to experiment with it as a potential means of controlling their symptoms. However, little is known about these patients’ thoughts and experiences related to cannabis, or its perceived effect on the disease’s symptoms.

A summary review of the study provides some interesting insights, along with indications that there is a need for better messaging on the potential uses of medical marijuana to address symptoms of Parkinson’s disease.

In all, nearly 25% of all respondents reported having used marijuana within the previous six months, and around 20% reported ongoing marijuana use. By contrast, only 2% of the general population of adults in the United States over the age of 65 are reported to use marijuana. Based on these numbers, persons responding to the study were ten times more likely to use marijuana than others in the same age group. In addition, cannabis users participating in the survey were younger by an average of 3 years in age than non-users in the survey.

Why Do Parkinson’s Patients Use Marijuana?

Among the most relevant highlights of the study are the findings that:

* The most common motor symptoms that cannabis users were trying to treat with their cannabis use included stiffness and tremor.

* The most common non-motor symptoms that cannabis users were trying to treat with their cannabis use were anxiety, pain, and sleep disorders.

* About 30% of users reported significant symptom relief for both motor and non-motor symptoms. The remainder reported partial or no relief.

* When asked about associated symptom relief, the majority of users reported that cannabis use led to a moderate or considerable improvement in the severity of anxiety, pain, sleep disorders, stiffness, and tremor.

* Of those users who selected a slight, moderate or considerable improvement in symptom frequency, greater than 80 reported meaningful reductions in frequency for anxiety, pain, stiffness, and tremor.

Another noteworthy finding of the study was the revelation that more than half of patients using marijuana to treat symptoms of Parkinson’s had not been provided with any information or recommendations on dosage, cannabis type, or frequency of use. Of those who were provided information, the most common sources were non-Parkinson’s disease doctors, dispensary staff, and other individuals with Parkinson’s.

Respondents who did not use cannabis during the time frame of the study were asked to provide up to three reasons why they had not considered this alternative to other therapies. The most frequent concern, which was cited by some 70% of cited was a lack of evidence for the efficacy of cannabis. Around 35% were concerned about side effects, and the legality of marijuana on the state and federal level was another common response.

Non-uses were also asked what factors might cause them to consider adding medical marijuana to their treatment regime.

* About 75% of those who responded to the question wanted additional evidence supporting cannabis use for Parkinson’s disease.

* Other factors that might influence their decision included whether their health team encouraged its use, and if the potential side effects of  cannabis side effects were better understood.

For the majority of cannabis users surveyed, the most common sources of information on marijuana use were news, the internet, and friends. In addition:

* More than 60% had not received a prior recommendation from a licensed doctor or provider.

* More than half were not provided with any information about recommendations on dosage, type, and frequency of use.

* Of the users who were provided information, the most common sources of information were non-Parkinson’s doctors, staff at a dispensary, and friends.

* A quarter of all users did not know the strain or THC/CBD content of the product they were using.

These and other revelations led the survey authors to note:

The 2017 study referenced by the authors indicated that “a majority of clinicians reported they lacked the formal training and knowledge of cannabis as a treatment alternative for Parkinson’s motor and non-motor symptoms.”

A  2016 survey of neurologists at all National Parkinson Foundation Centers of Excellence reported that only 23 of respondents reported some degree of formal education on cannabis; that 80% of responders had patients with Parkinson’s disease who used cannabis; and 95% of responding physicians were asked to prescribe marijuana by their patients.

TAKEAWAYS FOR THE FUTURE

In their concluding remarks, the study authors noted that “the lack of formal guidance or research evidence about cannabis for Parkinson’s treatment may in part underlie inconsistencies in both use and reported effectiveness.” They cited the need for more and better patient education on the potential use of marijuana for the treatment of Parkinson’s disease, as well as the need for treating physicians to become better informed on the subject, and the need for more clinical trials. More than 80% of survey respondents indicated strong interest in learning more information about a clinical trial, and more than half were interested in enrolling in a clinical trial.